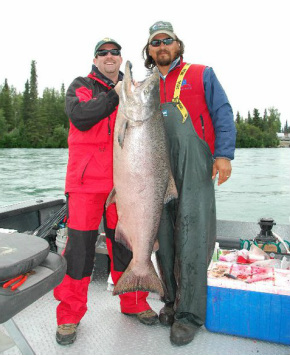 The Kenai River is truly the world’s premier King Salmon fishery, with both an early run (late May - June) and a late run (July) of typically slightly larger king salmon.  A small fish weighs about 30 lbs. while a trophy king would be over 60 lbs. The world record was nearly 100 lbs and was actually caught in May. The fishing is from full equipped specialized river boats that fish 4 people.  It’s a beautiful river with great scenery, and it’s an unbelievable rush when you hook up and start chasing this King of all Salmon.  It’s very likely this will be the biggest freshwater fish of your life, if you catch one. 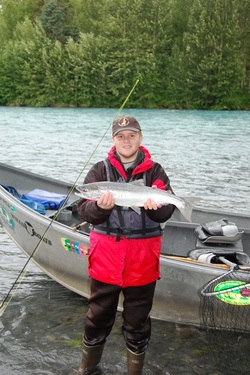 Coho season and the strong runs of Silvers on the Kenai River and Kasilof River is from August 1 through September, but Silvers can be also fished for in the saltwater near Seward and on various fly ins at other times of the season. This fishery is more "laid back" due to the abundance of fish, and has fewer regulations. Silvers are smaller (8-20 lbs) than the King but are also very aggressive. Although conventional and spin gear is traditional, Fly fishing tackle can be used on these acrobatic fighters. Because Silver Salmon travel in different types of water than other species, its important to have a knowledgeable , experienced fishing guide as conditions can change daily. 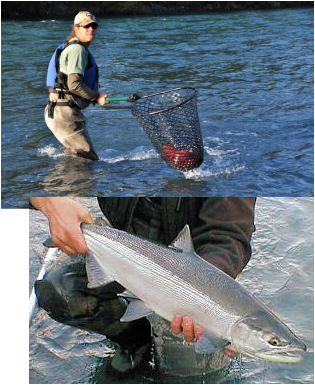 Sockeye Salmon  are the most sought after salmon for more than one reason  They are incredible fighters and may be the strongest of all salmon.  They are also sought for their table fare, boasting a bright red meat many people consider the tastiest.  Sockeye travel close to the shoreline on both the Kenai River and the Kasilof River and can be caught from the bank with conventional or fly gear. Over 1 million sockeye head toward their birthplace in the rivers throughout June and July, ending their run in mid-August. In their beautiful red (with a green head) spawning colors, late in the season, reds can be seen swimming throughout the rivers shallower waters. The techniques for catching sockeye is very unique so its important to have a guide with you the first time.

"Humpies" run up most of the Kenai Peninsula rivers  in even years. They arrive at the same time as the silvers, and although they are smaller, they make an excellent species for the fly fisherman  . . . because of their aggressivenes. 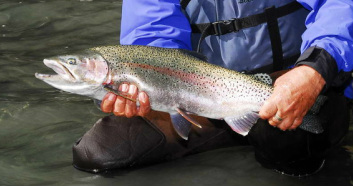 The upper Kenai drift trips are one of the most praised trips that our clients come back talking about. They are peaceful with spectacular scenery and a great way to catch a variety of species. Boats launch from near Kenai Lake about 45 miles upriver from the lodge. These trips are for novice and expert alike.  The area has abundant wildlife, beautiful turquoise water, fun filled but gentle rapids and trophy trout and salmon. 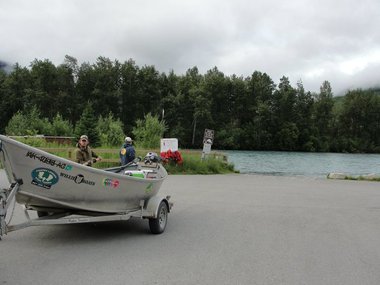 The middle River is the area from Skilak Lake to the Soldotna Bridge.  This area is like a separate river.  From the mouth of Skilak where it is wide and "lake like" to the Naptowne rapids, to Moose River down to the bridge, anglers are offered a variety of fishing techniques and species.  Fly fish for huge rainbows and Dolly Varden, spin fish for Silvers and trout, or use conventional gear for kings.  Power Boats and Drift boats are both used here and each has its own unique techniques and success. 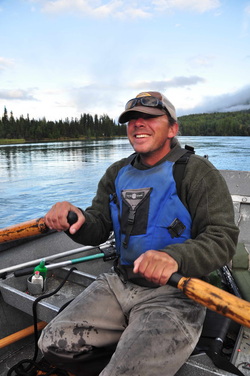 The Kasilof River has fish-runs very similar to the Kenai River, and is fished with drift boats (by regulation).  These trips are very relaxing and peaceful, with great scenery, abundant fish due to a successful hatchery program, and are a unique experience on its turquoise blue water The drift boats launch on the Kasilof’s glacial-fed river about 15 miles from the Lodge. An early run of Kings and reds inhabit the river in May-June while Late-run kings and silver salmon from July and August are  in the mix. Steelhead can be found in the upper stretches early in the season and are truly underfished. 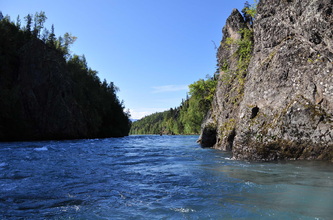 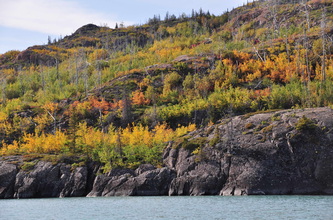 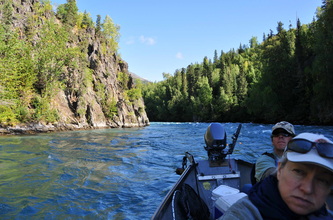 If you can find a better deal on the Kenai Peninsula show me where because it doesn't exist! My Dad and I spent the first week of July 2017 at Hooksetters and it was the trip of our lifetime that we will never forget! Getting questions answered thoughtfully before booking, before and during arrival was important to us. Hooksetters was the obvious choice for us. The cabins are cozy. Sharing fishing stories around the fire pit every night was a great way to unwind. And the food was terrific! Our first fishing trip was for halibut out of Homer - we got our limit and a salt king to boot. Second day we did the fly out and caught MANY sockeye, fed bald eagles, and watched bears literally 20 feet from our boat. Do the fly out! Third day I got a fresh 44lb king salmon out of a drift boat on the Kasilof River - a fish fight of a lifetime. We also spent a couple days on the Kenai River where we got a few kings, rainbow trout, and Dolly Varden. Yea the fishing was slower at times but very beautiful scenery and fun times with the King Salmon chant: Oh-oh, king salmon, king salmon, king salmon. Our trip to Alaska Hooksetters exceeded our expectations in every way. Hats off to Glenn, Karen, Carman, and the entire Russell Fishing crew for running a smooth and flexible first class operation. We will be back!

To provide an Alaska Vacation Lodging venue that enables our guests to build unforgettable memories with family and friends. Our lodge staff and contractors pledge to provide an Alaskan vacation experience that exceeds the expectations of our guests through a variety of exceptional packages including events, experiences, and service.